Since 2003, VincentCare has provided services and advocated for people experiencing homelessness and disadvantage. 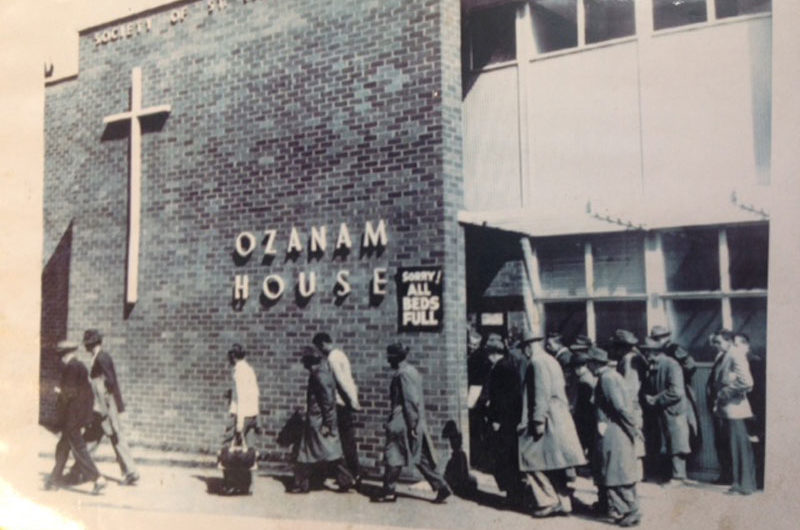 In 2003, the St Vincent de Paul Society established VincentCare as a means of extending its Christian mission to support and advocate on behalf of the most disadvantaged Victorians. Along with this came stewardship of Ozanam House and the Ozanam Community Centre. VincentCare continued offering core services while investigating how it could evolve its services and support programs to help people make a permanent exit out of homelessness and disadvantage.

In 2012, VincentCare launched its new Organisational Mandate, Statement of Purpose, Aspiration and Values, the culmination of a major project initiated by the Board to review its vision and mission statements.

In 2012, VincentCare launched its HomeConnect program, delivered in partnership with Anglicare Victoria, the Australian Community Support Organisation, Mayflower Community and Care, and the Real Estate Institute of Victoria. The program uses an early intervention and prevention approach, and is based on a trans-disciplinary support model. HomeConnect has provided support to individuals and families across seven key outcome areas: housing; health/wellbeing; education/employment; social connectivity; living skills; income maximisation; and an integrated support plan.

In 2013, significant growth in service delivery at Glenroy, including the addition of the HomeConnect Program and the relocation of VincentCare’s Youth Services programs from North Melbourne, formed the basis of the Board’s decision to lease additional premises at 175 Glenroy Road, Glenroy. This new facility becomes the gateway for clients seeking housing assistance through VincentCare.

In 2012, VincentCare commenced implementation of a new Home Care Package (HCP) program. The HCP program has grown from 25 to 83 packages and will now cover both the Department of Health Western and Northern Metropolitan planning regions. The new HCPs will need to operate under Consumer Directed Care (CDC) principles, and present an exciting opportunity for the organisation to establish and refine a CDC model prior to other important program recommissioning processes.

In 2013, Sunbury Gardens launched. This is a new initiative that provides accommodation for 22 people aged over 50 years. Ten newly built Department of Human Services (DHS) units in Melton are another initiative and provide accommodation for young adults where the residents are able to connect with employment and education programs.

Almost a decade ago, VincentCare identified the importance of developing new ways to work with Victoria’s most vulnerable.

Consulting with clients, and working from a strong evidence base, including understanding the  external operating environment and global trends, the Board developed an innovative model of care which became a centrepiece of our Strategic Directions 2012-2015. At VincentCare, we recognise that factors leading to homelessness are multifaceted and that clients often present with a range of complex issues. Importantly, we recognise that trauma and homelessness are inextricably linked. In 2018, that has evolved into a leading practice known as the Homeless to Recovery model.

In 2016, construction commenced to redevelop Ozanam House into a world-class ‘one-stop shop’ facility. The blueprint caters to a wider and more diverse community than ever before and offers long-term and short-term support and accommodation options. The new Ozanam House opened in July 2019 as a modern and fully integrated homelessness accommodation and resource centre, featuring three tiers of accommodation, an allied health platform, and a new level of amenity, security, privacy and dignity to people experiencing homelessness in Melbourne.

Since it opened in April 1953, Ozanam House has been an integral part of Melbourne’s response to homelessness.

In the 1940s, concerned volunteers and local parishioners recognised the growing concern of homelessness in inner Melbourne. The St Vincent de Paul Society commenced fundraising, in their efforts to purchase a vacant inner city parcel of land and build a crisis accommodation centre for homeless men. They managed to raise 50,000 pounds and three parcels of land were purchased in North Melbourne creating a site with a frontage of 165 feet facing Flemington Road (adjacent to Royal Park). This signified the humble beginnings of Ozanam House on Flemington Road.

During the 1950s, post-war scarcity of labour and materials delayed building operations on the Flemington Road site. Work commenced on renovating and enlarging 72 Chapman Street, North Melbourne (later to become Bailly House) in order to provide temporary shelter for a small number of men while the main building was under construction.

In 1953, Ozanam House opened in a temporary capacity (Chapman Street) with 19 beds available. A volunteer roster was developed to staff Ozanam House, and Society members and volunteers came from all over Melbourne to assist with meals, showers and recreation.

In 1955, the (then) new Ozanam House located at 191 Flemington Road was officially opened by the State Governor of Victoria, Sir Dallas Brooks. Men would queue each night for one of the 40 dormitory style beds, which were offered on a ‘first come, first served’ basis. This would later become the site operated by VincentCare.

During the late 1960s, returning Vietnam veterans were regular visitors; demand was exceeding capacity and men had to be turned away.
During this time, the house still provided an average of 36,675 meals and 29,129 cut lunches annually; as well as accommodating an average of 64 homeless men a night.

In the 1970s, demand for help was rapidly increasing and as a result the house underwent a period of construction that more than doubled the number of beds. A need emerged for permanent accommodation for ageing men and a small number were accommodated in Chapman Street (later known as Bailly House). Allied health and rehabilitation services were introduced to attend to the physical and mental wellbeing of clients. The client base also expanded to include men recently discharged from psychiatric hospitals.

In 1971, extensions are completed and Ozanam House now catered for 150 men per night.

In 1975, a voluntary recovery program for men experiencing alcohol dependency was introduced, as was an allied health services including a doctor, nurse, social worker and AA meetings.

In 1978, on-site facilities were expanded to include a new chapel, day centre, administration offices and accommodation for 200 men each day.

In the 1980s, drugs became an issue with the impact of heroin use. Management began looking at the complex needs of men experiencing homelessness, and the introduction of government-funded assistance resulted in an increase in staff levels and competencies and an overall improvement in quality of care.

In 1985, an increase in the number of young men experiencing drug addiction, particularly due to heroin, saw a rise in violence and anti-social behaviour in the house.

In 1987, a survey was conducted by the Society to better understand and improve the experience of men experiencing homelessness. This coincided with the first International Day of the Homeless.

In 1989, Ozanam House was the last remaining, free night shelter in Melbourne before beginning to charge residents in order to keep its funding.

Understanding of homelessness as a societal issue was growing and a new era for Crisis Supported Accommodation began in Victoria – shifting away from institutionalised, dormitory-style living and moving towards individual rooms gave people greater privacy and safety. The Ozanam Community drop-in centre also opened as a place of welcome for people needing meals, advice, support, personal care and allied health services.

In 1992, a three-member Welfare Team was introduced to assist men to find alternate housing options. Over the next 12 months, 220 residents were able to find somewhere else to call home.

In 1994, Ozanam House closed as a night shelter and reopened in 1996 as a 24-hour Crisis Accommodation Centre. It provided 60 beds and intensive case management services that linked residents into specialist health, drug, alcohol and psychiatric services.

In 1998, the Ozanam House meal service shifted to the Ozanam Community Centre. Over 86,000 meals were served at the centre annually, funded substantially by the St Vincent de Paul Society Victoria State Council.

In 2003, the St Vincent de Paul Society established VincentCare as a means of extending its Christian mission to support and advocate on behalf of the most disadvantaged Victorians. Along with this came stewardship of Ozanam House and the Ozanam Community Centre. VincentCare continued offering core services while investigating how it could evolve its services and support programs to help people make a permanent exit out of homelessness and disadvantage.

In 2016, construction commenced to redevelop Ozanam House into a world-class ‘one-stop shop’ facility. The blueprint catered to a wider and more diverse community than ever before and offered long-term and short-term support and accommodation options.

In 2019, Ozanam House opened as a modern and fully integrated homelessness accommodation and resource centre. It features three tiers of accommodation; an allied health platform and offers a new level of amenity, security, privacy and dignity to people experiencing homelessness in Melbourne.

VincentCare is committed to the principles of social justice and aim to ensure that every individual is treated with dignity and respect regardless of their ability, cultural background, ethnicity, gender identity, sexual orientation or religion. 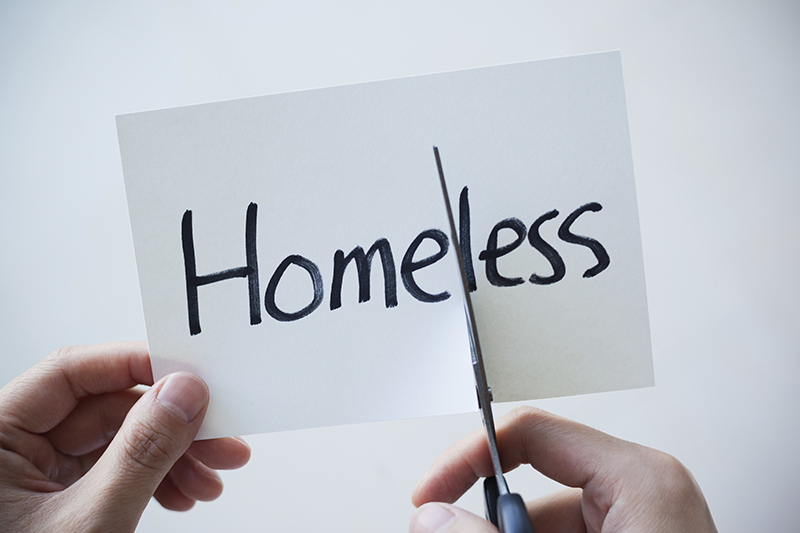 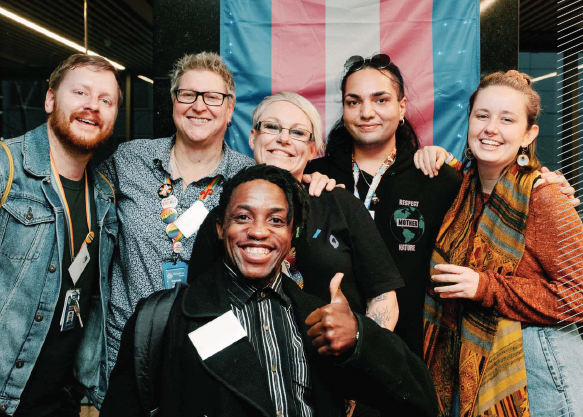 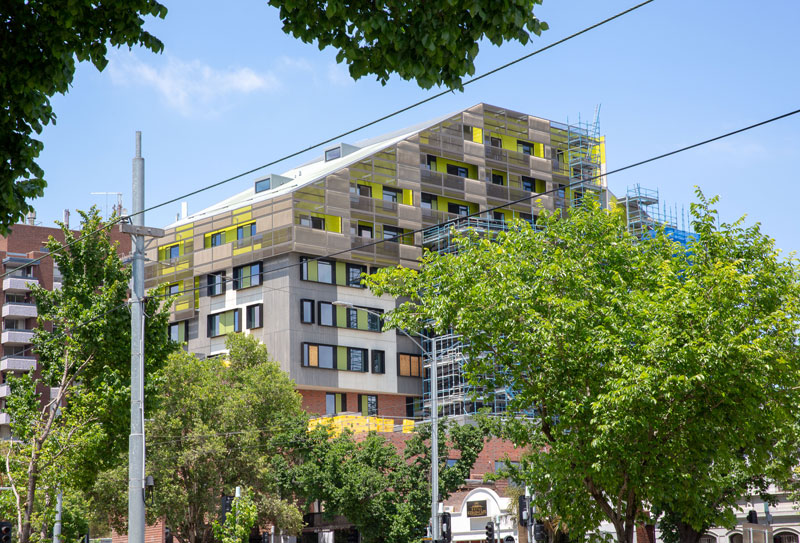